SONDELA PRESENTS: SONDELA IN THE BASEMENT

The mighty panel hosted by Kid Fonque delved into discussions about the rise of African electronic music, while a select number of Sondela fans attended in Defected’s brand new basement space. Following this, Kid Fonque, Vanco and DJEFF rounded off the day with a DJ showcase encapsulating the Afro flavours expected to be heard at the debut club event. For those that missed the live stream or could not attend, don't worry, we have you covered, you can watch both back via YouTube.

I think it’s been a very important part for a lot of the acts [on Sondela], being recognised in the UK from other parts of the world. Sondela, and me being part of Sondela, it brings a DJ’s perspective to the label. I’ve paid my dues as a DJ and collecting records from these other labels, and kind of visualising what I would put out or not put out, or like and do not like, and that opportunity to then come in and do it with all those years behind me when other labels might not have as much club experience makes Sondela stand apart - Sef Kombo

Kitty Amor: The fact that Defected has given us this platform, to use that powerful space [Ministry of Sound] to attract attention to the likes of ourselves and most importantly to the music itself and the story that drives that music, I think that is the most powerful thing. It means a lot and I think it’s a great time to be alive in Afro house music. - Kitty Amor

Thank goodness for the likes of Sondela and Defected, who are really pushing the agenda and the issue. Hosting an evening with artists who aren’t necessarily big in this territory, you’re giving us a platform, we all need these big gigs to keep pushing what we’re about. - Kid Fonque 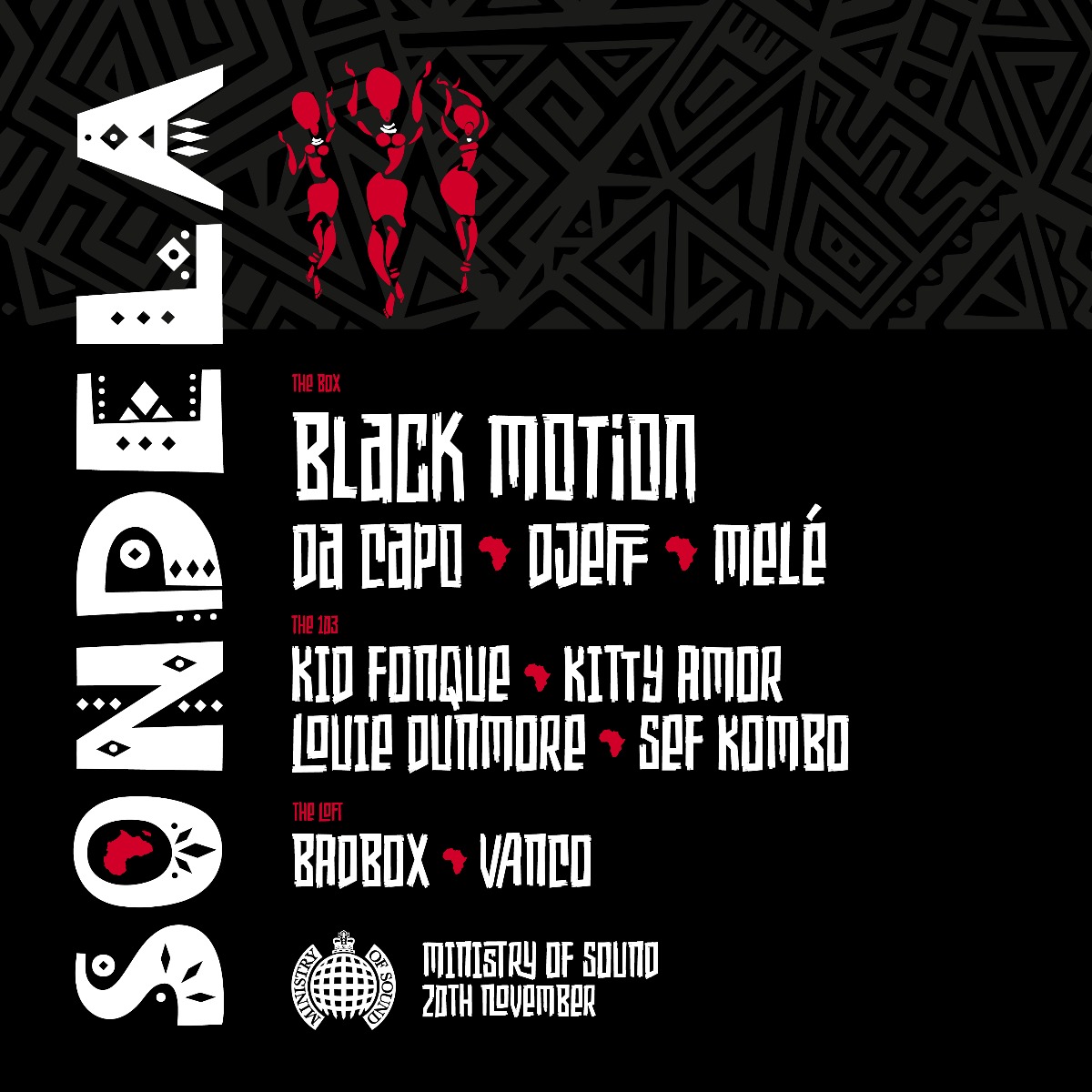