James Hawkridge goes on a journey of self-discovery in his latest piece for Defected...

Since the late 80’s, the rave has grown from a hidden, underground best-kept-secret into a global phenomenon. Fuelled by house, techno and liberation, the rave has emerged from the crevices of warehouse brick walls and sprouted into a worldwide movement of peace, love, unity and respect. Throughout history, the core elements of a rave have stayed the same, and a key message has been handed down from one generation to another… we are all one and the same. And in a modern age of such disruption, heavy basslines can bring the most comfort of all.

Growing up in rural Yorkshire, I often felt out of place. What classed as peak entertainment to my peers would now be considered ‘basic’ – think 2-for-1 cocktails and Jägerbombs – the height of glamour. As an adolescent it’s inevitable that you’ll spend some time wondering where your place in the world is, but then you’ll go to your first rave. Maybe you’ll receive a last-minute invite from family, or you’ll stumble into one accidentally, following an artist you admire. Your partner might take you, or you’ll follow friends as they introduce you to ‘the place to be’ in their uni town. And there’s nothing like that first ‘oh, wow’ moment as you enter the floor, surrounded by sweat-soaked bodies thriving on a unified beat, a collective hive mind of fist-pumping, head-bobbing, hip-gyrating bliss.

For my friends like Jacob, who’s 22, what started as ‘tagging along’ has now become a way of life, expanding his social circles and forging new friendships. In fact, raving has taught me many valuable life skills that compulsory education has failed to. It’s brought me out of my shell socially, and allowed parts of myself I’d long since locked away to emerge; tentatively at first, but once under those flashing lights, any reality you dream can become real. My first rave was in Ibiza, on a spontaneous trip to get away from the stress of daily life. My partner booked flights to the magical isle, promising me that I’d have the time of my life. He wasn’t wrong. 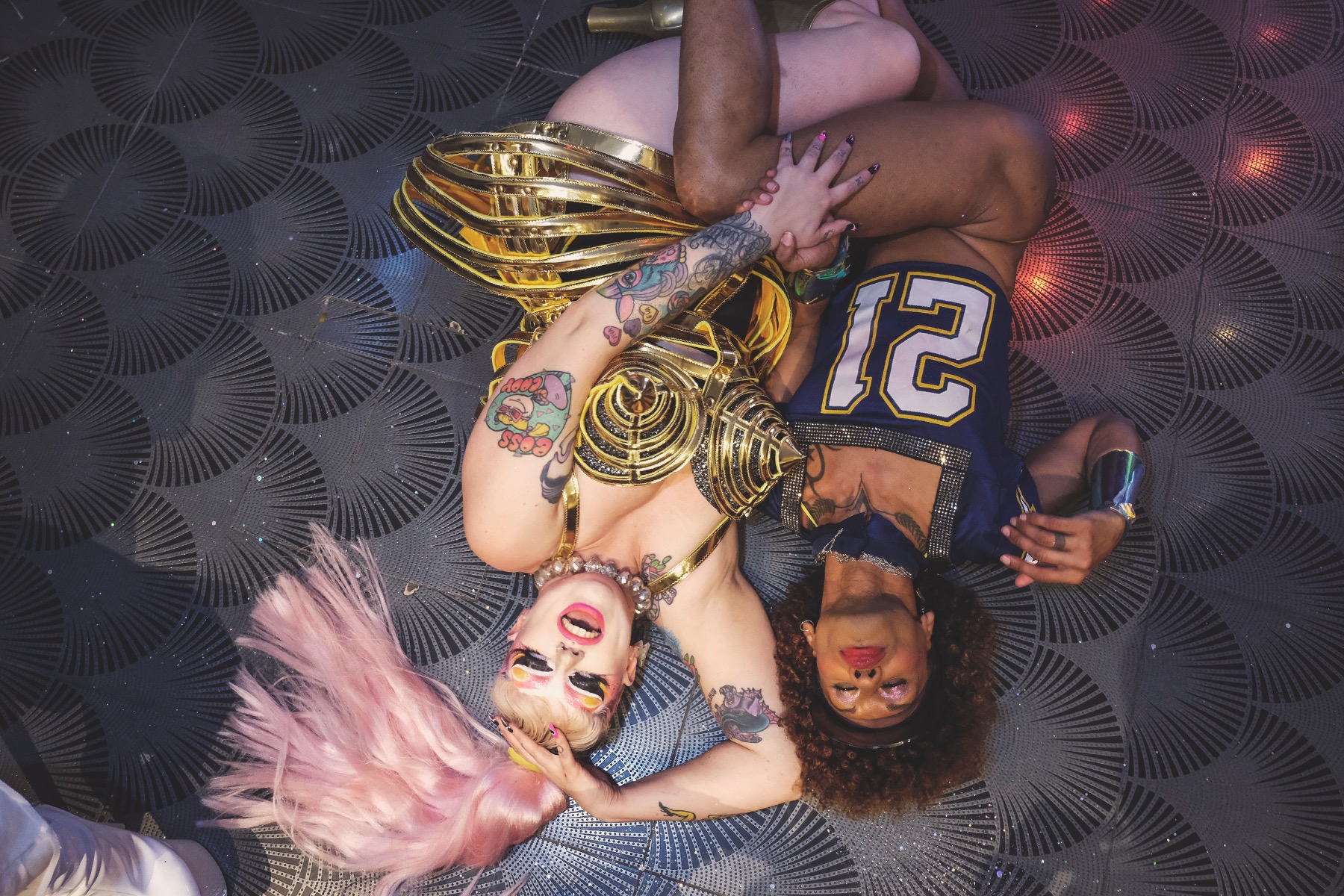 When my memory finished buffering a day or two afterwards, I tried to analyse and decode exactly what was so unique and different about the nights in Ibiza. Short of hearing music unlike anything I’d find in my local pubs and bars, I found my answer… the crowd. I realised that I’d met so many people, seen so many faces, and bumped so many shoulders, all of them ecstatic to be there, to be present in those moments. No one had questioned if I belonged (which, as a gay man, was something I’d grown accustomed to throughout my life), and nobody had given off any negative energy; there were no ‘one too many’ drinkers, no loud, rowdy groups of any kind. We were kindred spirits, united by the love of good music in a place of no judgement. Besides being refreshing, it felt utopian.

Before I ventured into the rave, tales of inclusivity had reached me via friends yet I was still hesitant. My times trying to fit in at sports nights and straight-oriented events had heightened my warning senses, making me afraid to show off the ‘real me’. Not everybody was as accepting as my closest friends, while short-lived stays at gay bars had shown perhaps an even uglier side to nightlife. Simply put, I was consistently objectified. Where in one reality I could be shamed for my lifestyle, in the other I was the opposite; idolised deliriously, with no respect or concern for safety in either. It’s only been at the rave, at all-welcoming events such as Glitterbox (encouraging liberation and seeking to educate) that I have felt free enough to come truly alive.

The people a rave attracts are from all walks of life, and have all learned along the way the importance of co-existing, with no commandments or judgment. There’s no room for a small-town mind-set. For a night, society’s bounds are undone and to me, this is the pinnacle of existence. Raves are consistently brimming with mutual support and respect, because the outside world is just as cruel, if not more, than it was when the phenomenon first began out of a need for release from societal bounds. As Simon Dunmore himself has said numerous times, a key element in the birth of the movement was people coming together as one; businessmen shaking hands with bin-men, waitresses sharing lipstick with fashion tycoons. We all thrive as one, our careers and lifestyles untraceable, hidden deep under our colourful outfits, our patterned shirts and shades. The occupations that so often weigh us down are checked with our coats, and for a few hours we are all the same… human.

To say goodbye to a rave is an impossible thing, as you’ll know from any Defected event, to be bitten by the bug is to become something more than you were; and that’s a feeling we’ll chase until we can no more. Started in 1999, Defected has become a unifying statement of solidarity, a pumping fist of rainbow colours amongst the storms of societies’ shackles. For my friend Euan, a shared wavelength is the ultimate feel-good factor: ‘It makes it 100x easier to meet similar-minded people. One of my closest friends I met at my first rave and have been in touch ever since.’ Louisa admits there’s a potential future where she’d prefer to be cosied up at home, associating raving with wild decisions and the volatile twenties (let’s pick that one up in ten years and find out!) 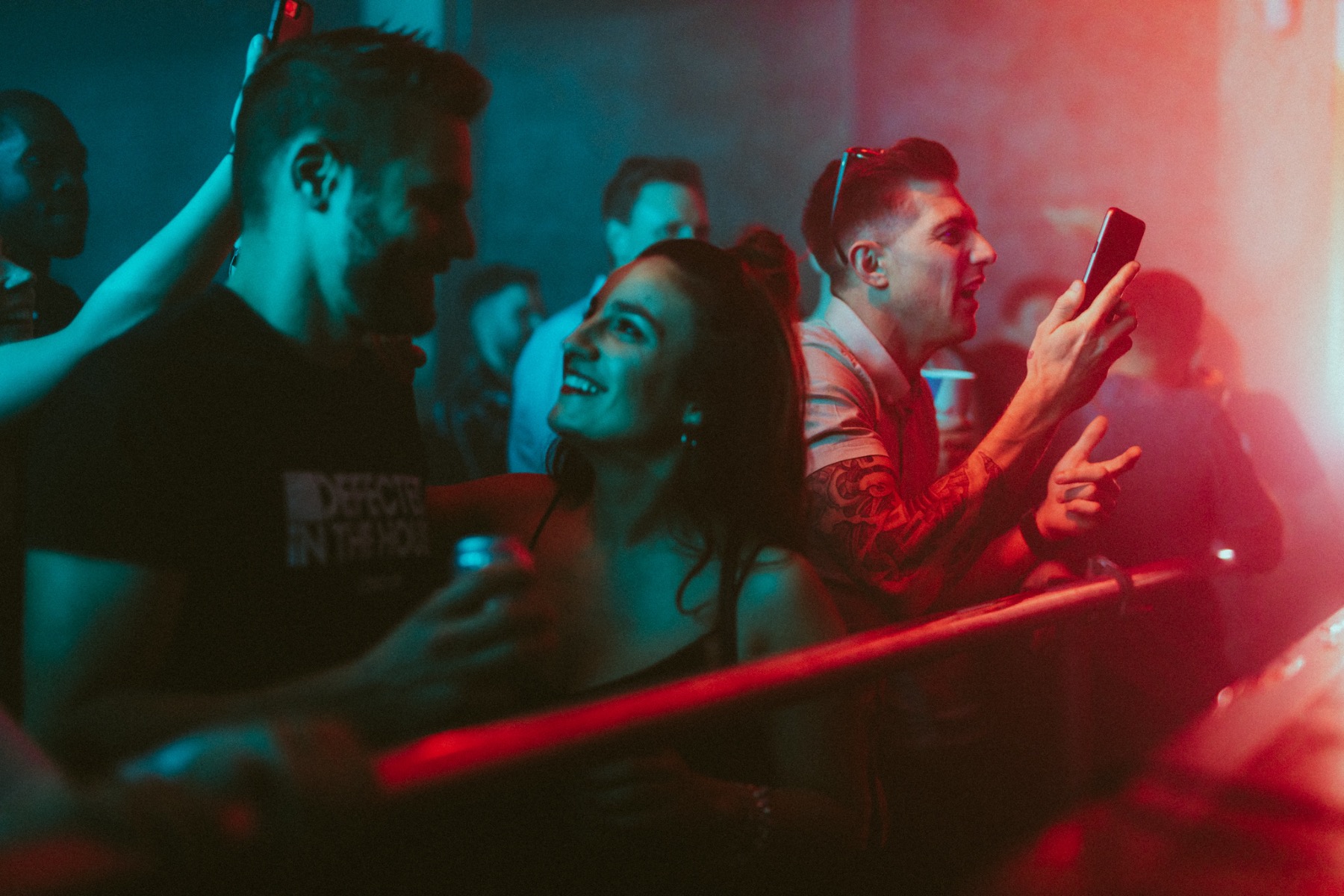 For me, it’s a no-brainer. My partner and I have become bonded, for life I expect, from our shared love of a good rave; there’s no more honest way to get to know someone, and what they stand for. My best friends I met at a rave also; a coincidental bump of a shoulder with an old acquaintance has led to a squad that could lead a movie (isn’t that how we all feel about our own pals, our 8am confessions and questionable Sunday night group chat conversations?) The beats have washed into the shower, found their way into the kitchen when I’m cooking, and into the car on long drives. I dance in the car now, something I’ve never felt comfortable to do before. I guess I was just listening to the wrong music.

Since discovering raves, I feel at home. And home isn’t a place. It isn’t a super club, or a gay bar. It’s not when you’re behind the DJ booth and you feel like a king, nor is it that moment when you get into the elevator of your apartment building and you all crouch on the floor, with one of the gang capturing it all in an impromptu photo shoot (usually me). Home can only be found when you achieve that inner feeling of knowing yourself. It’s taken me a long road to get here, and it hasn’t at all been paved with yellow bricks, but I can finally say it. I’m home.